Michael Boehle started making mozzarella about ten years ago after wife Deborah Niemann gave up following a few failed attempts. He then taught the rest of the family how to make it so that they could help out with making mozarella for their weekly pizza night, and he moved on to the challenge of learning to make aged cheeses, such as cheddar, gouda, parmesan, colby, and havarti. He makes more than 100 pounds of cheese annually for the family's consumption, including about 60 pounds of mozzarella! Mike has also taken over most of the soapmaking duties on the homestead since Deborah started writing books and speaking nationally. In 2012, he received wine-making equipment as a Christmas gift and has been making wine ever since! When he is not busy cutting hay with his scythe for the goats or making wine, cheese, or soap, he teaches electronics engineering technology at Joliet Junior College. 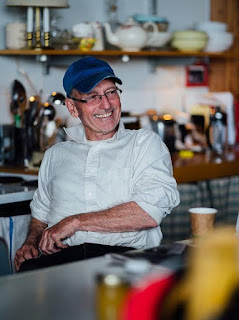 Michael started beekeeping as a child in Southern Kansas and upon moving to Chicago in the early 1970's placed two hives on a neighbor's rooftop. He worked with Gene Killion as an Illinois State Bee Inspector and started teaching beekeeping informally when he was 25 years old. He and others installed two beehives on the City Hall rooftop in downtown Chicago in 2003 and six more on the Chicago Cultural Center and Gallery 37 buildings on Michigan Avenue in 2007. These eight hives are maintained for the city, which uses the honey to promote their urban agricultural programs. Michael developed the current Beekeeping Program at historic Garfield Park Conservatory in 2001 while working there as a Horticulturist and Community Gardener. He helped build Chicago Honey Cooperative in 2004 with two city beekeepers. The shared goals of this cooperative are to support a self-sufficient business, produce tasty healthy food and pass on experience through education and neighborhood job training. 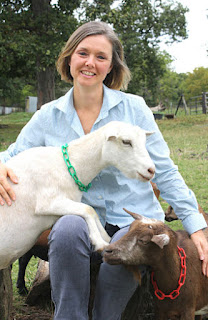 Deborah Niemann is a homesteader, writer, and self-sufficiency expert. In 2002, she and husband Michael Boehle relocated their family from the suburbs of Chicago to a 32-acre parcel on a creek "in the middle of nowhere," which they call Antiquity Oaks. Together, they built their own home and began growing the majority of their own food. Sheep, pigs, cattle, goats, chickens, and turkeys supply meat, eggs and dairy products, while an organic garden and orchard provides fruit and vegetables. A highly sought-after speaker and workshop leader, Deborah presents extensively on topics including soapmaking, breadbaking, cheesemaking, composting and homeschooling. She is the author of Homegrown & Handmade: A Practical Guide to More Self-Reliant Living (2011), EcoThrifty: Cheaper, Greener Choices for a Happier, Healthier Life (2012), and Raising Goats Naturally: The Complete Guide to Milk, Meat, and More (2013).

Jane Woodcock is a folk herbalist and gardener with training in Traditional Chinese Medicine from the Chicago College of Healing Arts, and is an enthusiastic student of permaculture and forest farming. She has a special interest in educating individuals and groups about home medicine making and herbal remedies as a way of fostering self-sufficiency and a deeper connection to the natural world. 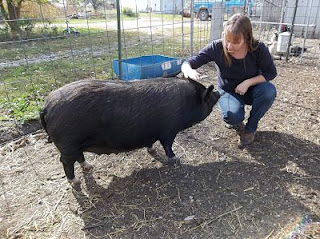 Cheryl Zacek and her husband Keith moved from Lockport, IL, to rural Odell with their 4 children to start homesteading on 1.65 acres in 1998. Their family has grown to 8 children, a daughter-in-law and a granddaughter, while raising small livestock, gardening, preserving food, homeschooling, and starting Farmer in Odell LLC. Cheryl makes and sells goat milk soap, lotion, lip balm, sugar scrubs and more. Looking ahead to the days when she and her husband won't be so young and spry, she's been reading up on permaculture, looking for a better, easier, sustainable way to farm. She is a graduate of the Geoff Lawton Online Permaculture Design Course. She manages to write the occasional blog post at farmerinodell.com, and also post little tidbits on their Farmer in Odell LLC Facebook page.