The faces and story behind the conference


People sometimes ask who exactly puts the conference together, so here's our story. Back in 2010, the folks at Mother Earth News Magazine decided to have their first ever "Fair" for homesteaders in Pennsylvania. I was one of the lucky people asked to speak at that event, and it changed my life in many ways. For starters, I met the folks at New Society Publishers and began writing books for them. The other thing that happened that weekend was that I realized that there were thousands of people in the world like me! In my little corner of Illinois, our family is quite the anomaly, as we are surrounded by conventional corn and soybean fields. The organizers and speakers at that event were overwhelmed by the attendance, which topped out at about 12,000 for the weekend. Apparently there were a lot of people who were excited to get more information about this lifestyle!

The following year, there were two fairs -- one again in Pennsylvania and one in Washington State. And by the time the PA fair rolled around again, the folks at Mother Earth News had decided to declare September as International Homesteading Education Month, and they were encouraging others to start having events in their areas. One of the things they kept hearing was that there were many people who wanted to attend such events, but they simply could not travel very far to do so. As soon as I heard about Homesteading Education Month, I started planning the first Mid-America Homesteading Conference for September of 2012.

We decided to have the event at Joliet Junior College because my husband, Mike Boehle, is a professor there, so he knows his way around, understands the technology, and knows who to contact for what. It shortened the learning curve for us in terms of the venue. They were also willing to let us cancel at the last minute in case no one registered. (Thankfully, that was never a problem!) I then began searching for speakers and creating a schedule, as well as this entire website and our Facebook page. Sounds simple enough, right?

It turned out to be a LOT more work than I expected! A couple of enterprising people contacted me and asked if we needed any volunteers the day of the event, and I said yes, which was a very smart move because when the whole thing was done, I realized the day would have been complete chaos without their help.

The conference officially falls under the umbrella of our farm's educational program. Antiquity Oaks started as our family's homestead, but as our children have grown up and moved away, our focus has turned to educating others through on-farm classes, books, online blogs and webinars, and through this conference. Although most of our educational offerings feature my husband or me as the instructor, the conference is an opportunity for us to bring other speakers to the area, including other published authors and homesteaders who bring additional knowledge and experience to the table.

Putting the conference together is truly a labor of love, and each year at the end of the day, as we are chatting with speakers and attendees, we are reminded of why we keep doing it. It's educational, inspiring, and just plain fun! And as we are working on our fourth annual conference, we hope to continue doing it for many years to come!

Registration for this year's conference is now open.

Posted by Deborah Niemann at 7:35 PM No comments:

Kristin is the winner of the $20 gift certificate for the conference bookstore.

We are still working on firming up the last couple of speakers for this year's conference, although we do have a partial list of speakers available on the speaker page of the website so you can see who has already confirmed.

Confirmed sessions this year include:

And our DIY track is especially exciting, as you'll learn how to:

Posted by Deborah Niemann at 2:57 PM No comments:

You can now register for the Fourth Annual Mid-America Homesteading Conference, and if you register by midnight, Friday, May 8, you'll be entered into a drawing and could win a $20 gift certificate for the conference bookstore, where you can buy books on permaculture, beekeeping, animal husbandry, or dozens of other topics, as well as goat milk soap, lambskins, and Shetland wool rugs, roving, or yarn. We'll also have cheesemaking supplies (rennet, citric acid, cultures, and cheesecloth) again.

Although the schedule is not complete yet, it will be within a few days. We've already confirmed sessions on: 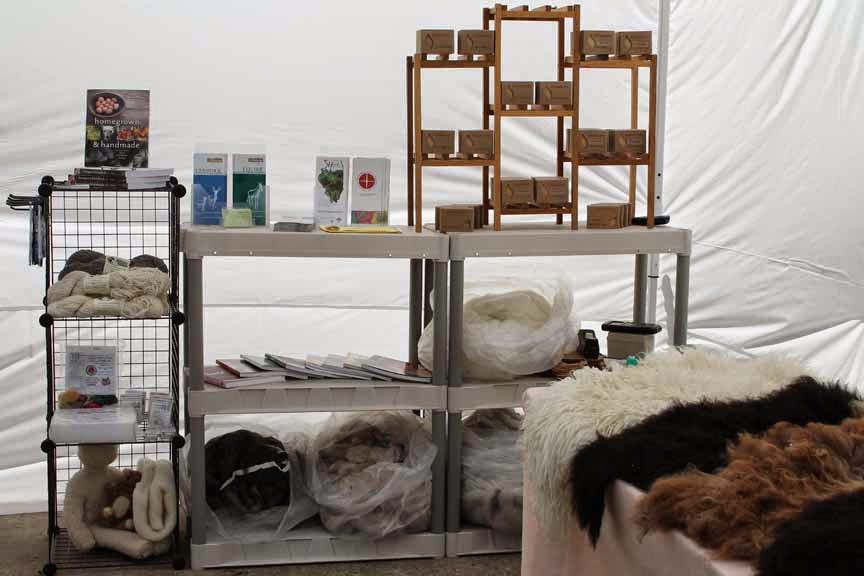 We will also have live demonstrations so you can learn how to ...


And that's only about half of the sessions. Keep an eye on the website over the next couple months as we give you details on the topics and the speakers we'll have at this year's conference.

Posted by Deborah Niemann at 7:00 AM No comments: